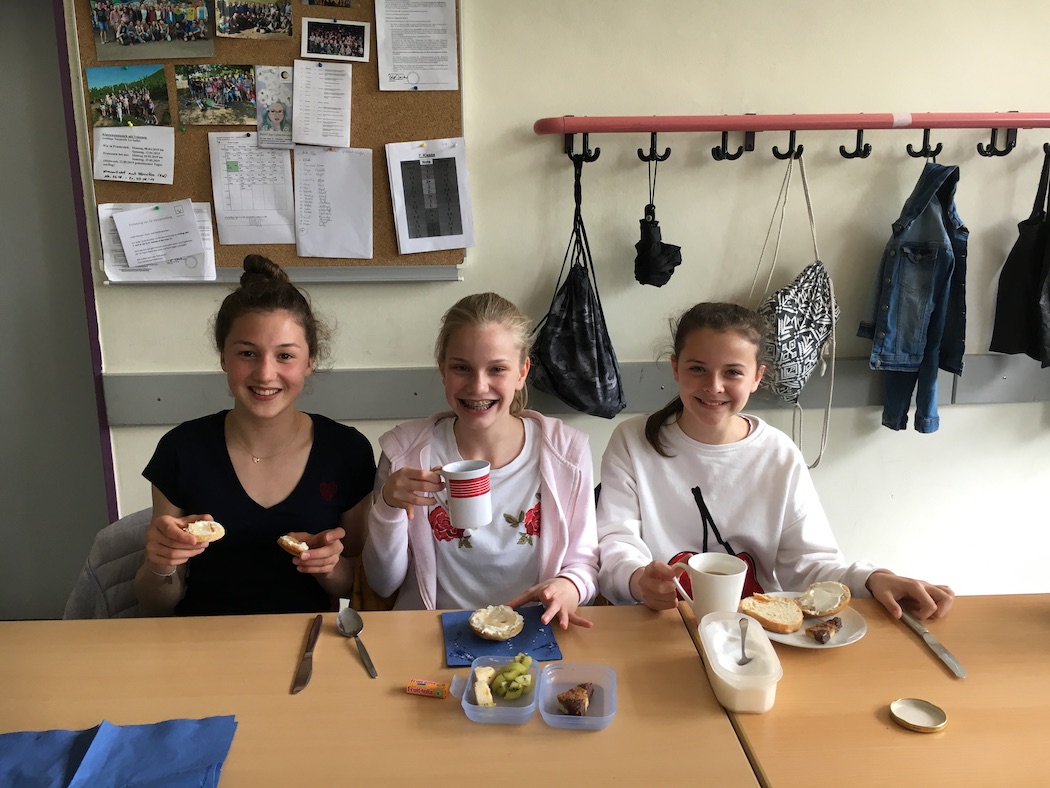 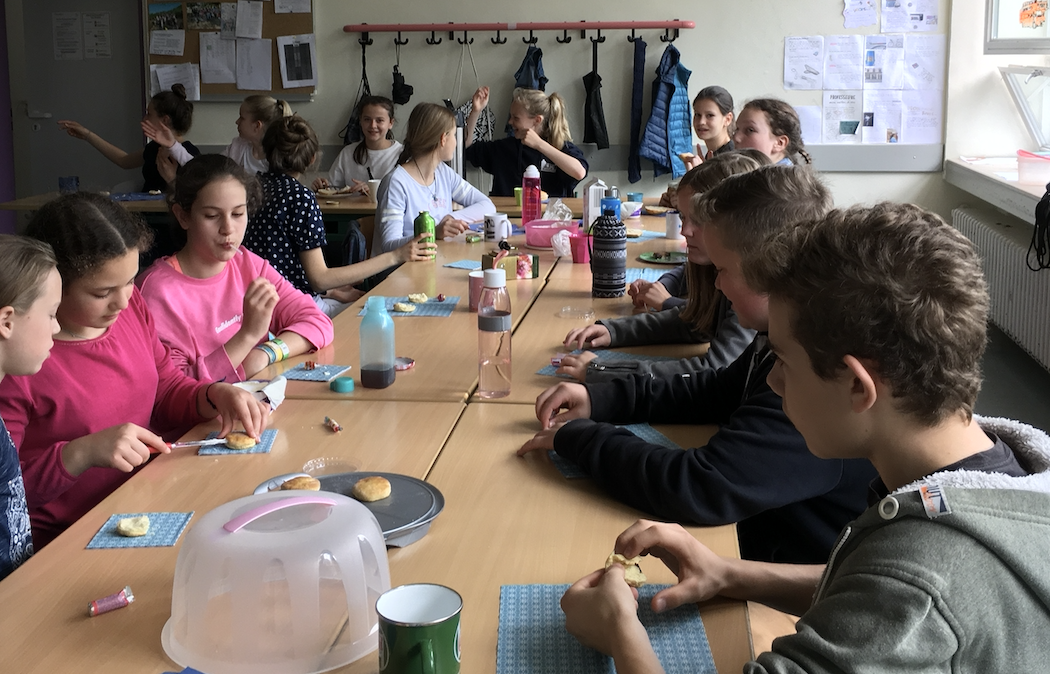 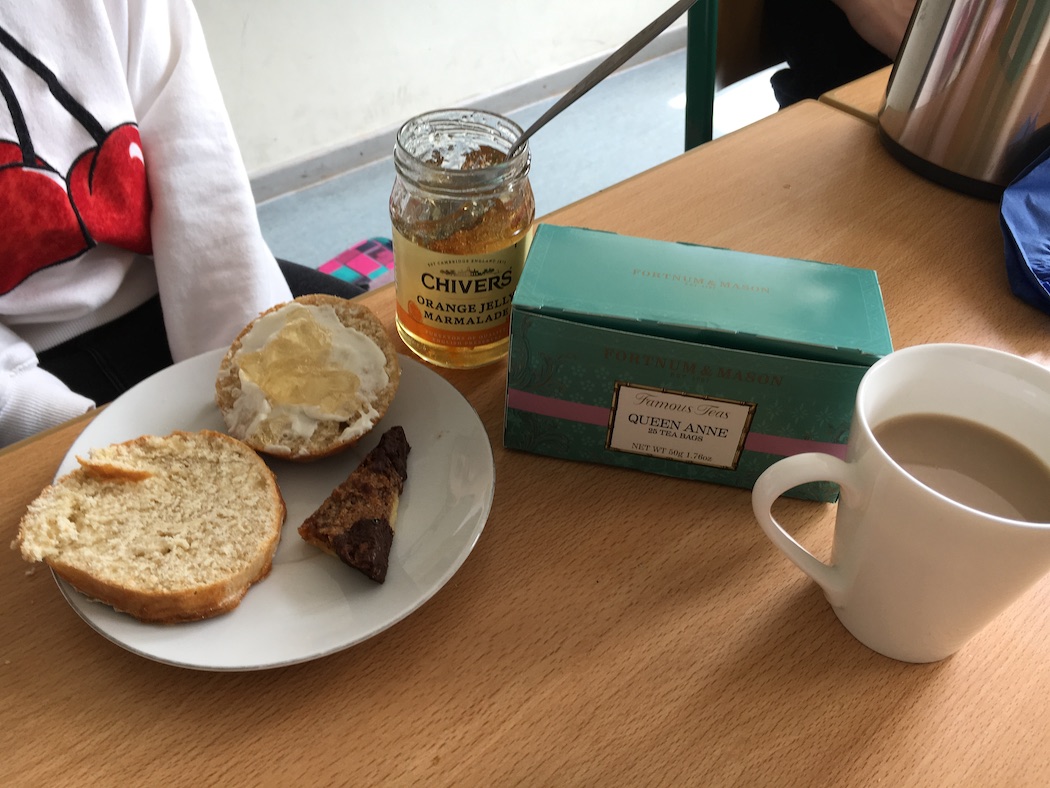 We were studying the unit topic “Celebrate!” in which we learn a lot about English customs. So, we wanted to make our own celebration in class... But since our class was at 12 o’clock, we obviously didn’t wait for the usual “five o’clock” time.

Typically, an English tea-time includes black tea with white bread sandwiches, scones with strawberry jam and orange marmalade. There are various sorts of orange marmalade: it can be thick- or thin-cut and you can find loads of recipes to prepare it (“Old times” or “Olde” orange marmalade, orange jelly marmalade, fruity English marmalade, etc.).

A few of us had baked scones, a sort of round lightly sweetened pastry, and brought everything that traditionally goes with them, except for clotted cream, which is not that easy to find in Germany. Instead we had double-cream, which is almost the same. So, after cutting the scones in halves, we put double cream on them and marmalade or jam on top… Delicious!

I brought some “Queen Anne’s” black tea from Fortnum & Mason, a luxury store in Piccadilly, London. (My sister had bought it there during an exchange with her class.) Other people brought milk and sugar. We did not have the tasty little finger sandwiches, traditionally eaten at tea time, which are triangle-shaped and often contain cucumber slices. We had a lot of fun sharing and eating English traditional food in Germany. I hope we will do it again!