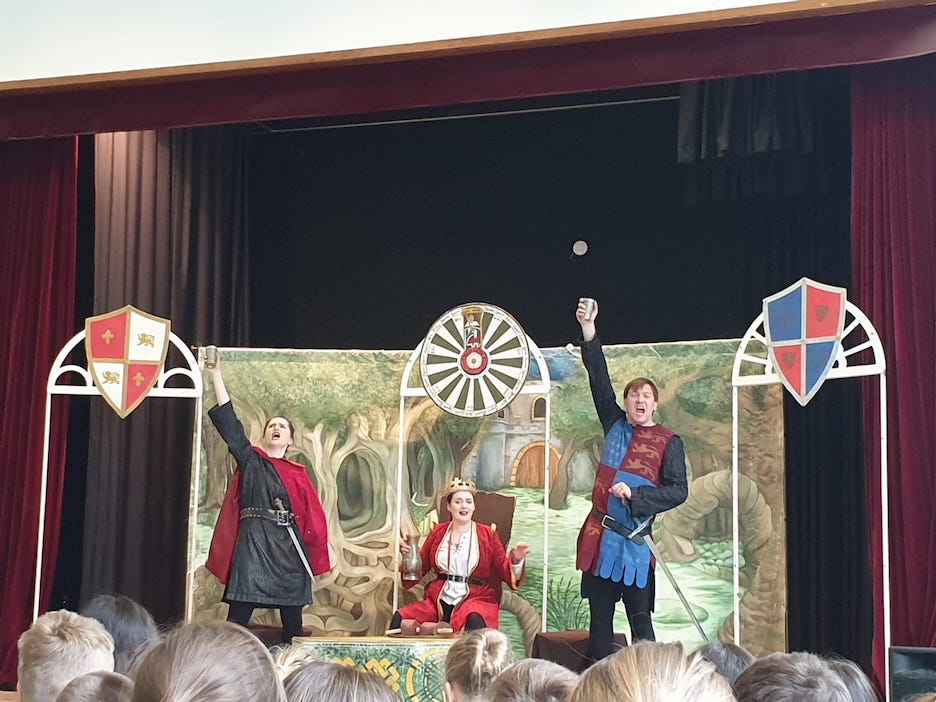 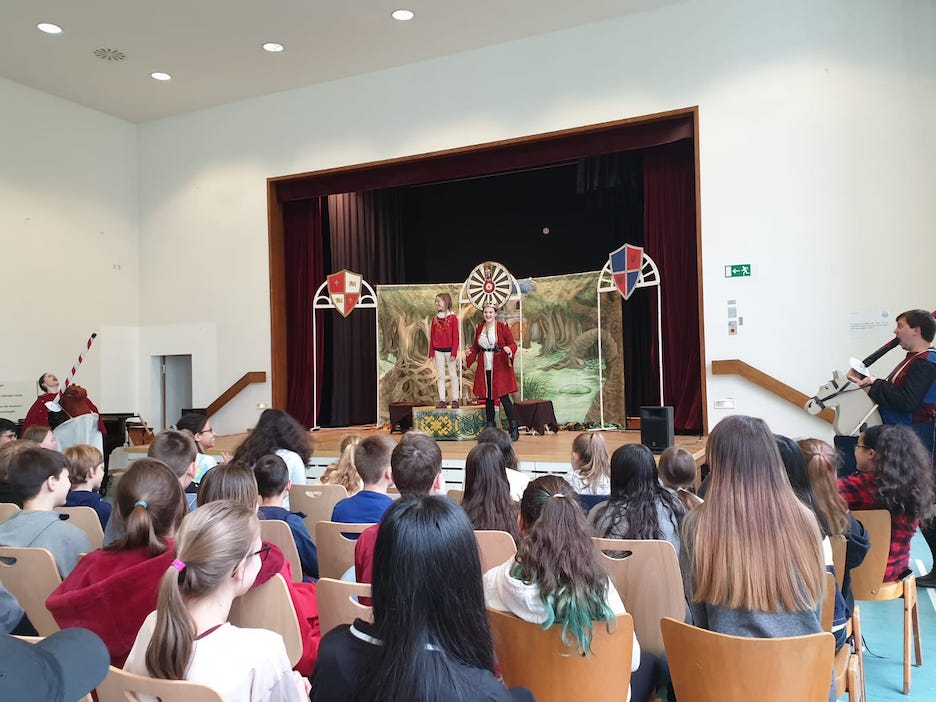 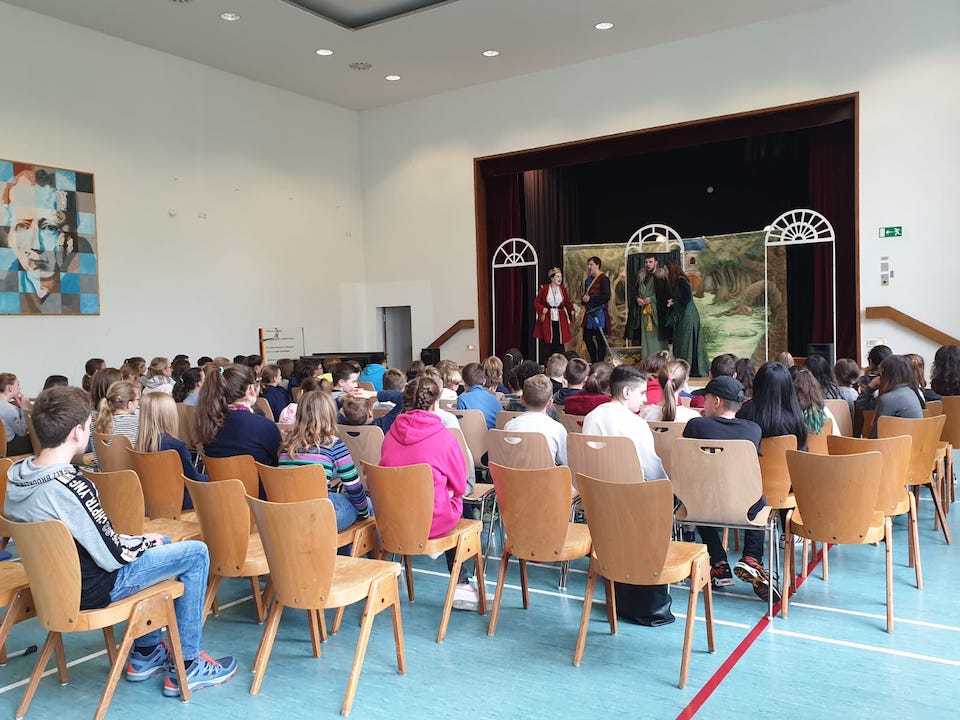 The play’s name is “The Green Knight” and the main characters are the knight Sir Gawain, another knight who is dressed in green and King Arthur.

In the end, it turns out that the green knight has organized everything to test Sir Gawain’s virtue and he did not die, because he fought bravely and did not give in to the seductions of Lord Bertilak’s wife, who actually is the good witch Morgan Le Fay.

I liked the play as well as my classmates, because it was very funny, nice and exciting. I would recommend it to everyone who likes theatre.